​As the largest domestic cat breed Maine Coons are big-boned, muscular, and barrel chested weighing 9-18 pounds (with males on the heavier side). Maine Coons can measure up to 40 inches in length and come in about 75 different color combinations. Also called the "American Longhair," the Maine Coon is considered a naturally occurring breed.
As its name suggests, the Maine Coon is thought to have originated in New England. It is the only show cat breed that is indigenous to the United States. The Maine Coon is believed to be the result of breeding between domestic shorthair cats that came to America with European settlers, and longhaired cats on sailors' ships that docked along the Eastern seaboard. Survival of the fittest determined which litters could live through the harsh New England winters, with the strongest starting the Maine Coon lineage. Known as a working cat, Maine Coons were acclaimed for their mousing skills on farms.
The Maine Coon adapted to the harsh winters of the Northeastern U.S. with long, shaggy, multi-layered fur for warmth and big, tufted paws to walk on snow. Its furry ears and bushy tail — the latter which it can wrap around its body — offer additional protection and warmth in inclement weather. Some Maine Coons have distinctive ear tufts, but not all of them.
Called "the dogs of the cat world," Maine Coons are social animals that seek out interaction with humans. They are friendly, loyal, playful and great with kids and other pets. The breed can also be leash-trained and even taught to play fetch.
Maine Coons are more likely to communicate with trills and chirps rather than meows. Sounding like a mix of a meow and a purr, a trill is a rolling vocalization that often expresses happiness. A chirp commonly occurs when a cat spots prey or something it wants to catch.
Unlike most felines, Maine Coons don't mind getting their paws wet. Their water-resistant fur not only helps them survive harsh weather, but it also allows them to be efficient swimmers.
Some believe Maine Coons are the descendants of seafaring cats belonging to British Captain Charles Coon, who sailed the New England coasts in the 1800s. Legend says these cats mated with those on land upon coming into port. The resulting feline progeny were allegedly called "Coon's cats."
Maine Coons are NOT the impossible cross between a cat and a raccoon. The term "coon" has nothing to do with raccoons, though there is a bit of a fur-tastic resemblance between the two animals.
The first American cat show was held at New York City's Madison Square Garden in May 1895. The winner was a female brown tabby Maine Coon named Cosey. Owned by Mrs. E. N. Barker, Cosey was awarded a silver collar engraved with "National Cat Show, 1895, won by Cosey." The collar was purchased by the Cat Fancier's Association Foundation for its Jean Baker Rose Memorial Library, where it remains today.

Call us at 615-209-0307for more information or email thelionswhelpmainecoon@gmail.com 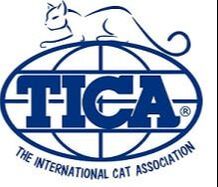